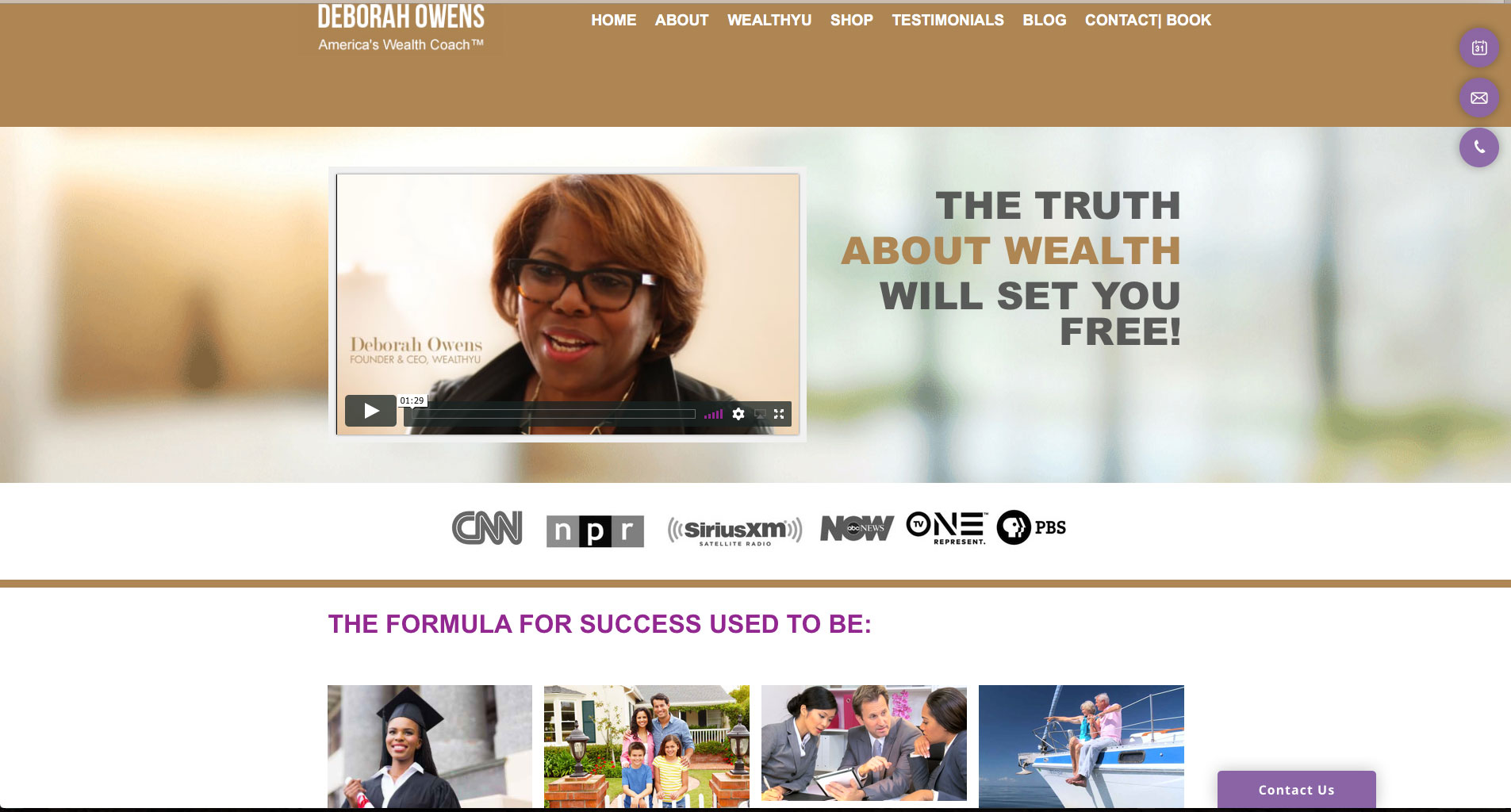 Early in my career, I would stay late in the office to post trades in a ledger for the broker that I assisted.

When the stock market fell by more than twenty percent in one day, some of our wealthiest clients were meeting with their brokers in the evening.

I assumed they were reviewing their portfolios to move more of their money into cash.

Boy, was I wrong.

After the clients left the office I looked at their order tickets and most of them were large blocks of blue chip stocks that had tumbled because of the market downturn.

That observation taught me a very good lesson.

They see downturns in the stock market as buying opportunities.

What should you do?

Have a prosperous week,

America's Wealth Coach
Do you want to learn how to get on the same page financially with your spouse? Join my husband Terry and I for a 4 Part Series on the Black and Married With Kids Facebook Page

I love this song by Will Smith but as much as I want to relax and get my chill on, I know that this is the time to level up if I want to end the year strong.

To that end, I just returned from the Alpha Kappa Alpha Sorority Leadership Conference in Nashville, Tennessee and had the opportunity to present the Living Your Best Life Session with one of my favorite celebrities, Kim Coles of the hit series "Living Single." In her new book, Opening Your Gifts, she shares how using the gift of humor and laughter paved the way to her successful career in television.

Next, I am headed to the Working Mother Media Conference in New York on July 8th and 9th to present The 7 Wealthy Habits of Financially Successful Leaders workshop.

Then, I will be joining Ronnie and Lamar Tyler on their Black and Married with Kids Cruise to team up with hubby and present three workshops to 50 couples while cruising the Caribbean.

Finally, when we return, we will be gearing up for the WealthyU Live One-day Intensive in August. Stay tuned for details.

We got a lot going on and, I want to make sure you aren't left behind.

That is why I am launching the free WealthyU 5 Day Financial Makeover Challenge to help you jumpstart the second half of this year and finish strong. I am going to teach you how to double the amount you are investing so you can accelerate your financial growth and make 2019 your best year yet!

From Frustration To Focus

Can I be honest?

I wanted to quit!

Five years ago I recognized the flaws in the A Purse of Your Own campaign that I launched to financially empower one million women.

Although we had garnered accolades and some success, we were nowhere near achieving the goal.

I was comfortable with the number but not the impact.

However, I had to recognize that I hadn't clearly defined the objective of "financial empowerment."

The what and the how needed to change.

We changed the what to WealthyU.

We changed the how to wealth coaching.

We changed the goal to helping a million women achieve seven-figure wealth.

We made the goal more difficult to achieve in order to make a greater impact.

Have you seen some of the amazing results of the Women of WealthyU?

From zero wealth to securing their retirement in less than three years.

From divorced and foreclosure to doubling retirement savings in less than five years.

From renting to doubling her income, a five-figure 401K and homeownership in less than five years.

My real frustration is that far too many women start, gain momentum and then stop.

Wealth coaching is intense, time consuming and takes a tremendous amount of effort.

Saying no to the present and saying yes to your future is hard.

I know exactly how it feels to want to quit.

But I recognized that if we are going to help more women, I needed to shift from frustration to focus.

"What do the women who make the changes and achieve extraordinary results do that others don't?"

These are the insights that I have been sharing as we approach the 10th Anniversary of the A Purse of Your Own Campaign and reveal what's next.

Join me for the third, Secrets of Financially Successful Women on WealthyU Winedown Wednesdays June 19th at 8:00pm.

One of the first things that I realized when I began my career as a receptionist at Merrill Lynch was that most of our clients inherited or became wealthy by investing in stocks.

I will never forget the day I gave a client a receipt for a stock certificate that he had received as a gift from an aunt on his wedding day.

His Aunt had paid her wealth forward into his future.

Investing in stocks is also how Robert H. Smith, the billionaire who established a grant to pay off the tuition debt of the entire graduating class of Morehouse University, became wealthy.He established a venture capital firm in 2000 and began investing in software companies and became a billionaire.

The investments allowed him to pay his wealth forward into the future of 400 young men.

But the truth is that what really makes him a wealthy man is recognizing that real wealth is more than money. Robert H. Smith said," "This is my class" he said. "And my family is making a grant to eliminate their student loans."

The real blessing of wealth is the ability to pay it forward to others.

The impact that he will make on the future generation of these young men is priceless. "I don't have to live off of peanut butter and jelly sandwiches," one stunned graduate told the Associated Press. "I was shocked. My heart dropped. We all cried. At the moment, it was like a burden had been taken off."

When I wrote the book, A Purse of Your Own, I identified the attitudes, beliefs, and behaviors of financially successful people.

The habit of paying it forward or creating a legacy is the final and most crucial wealthy habit.

People often ask me why I founded WealthyU?

I want to help create hundreds of thousands of Robert H. Smith's.

Will you be next?

The ability to give to others is the greatest gift of all.

At least half of the coaching sessions that I conduct often begin with,

"I am earning over six figures and feel like I am getting nowhere fast? As soon as I pay off my debts, I end up right back where I started."

After writing four books and speaking to hundreds of thousands of people at events and conferences, I had an epiphany.

I started WealthyU because my experience in the investment industry had shown me that financially successful people possess attitudes and beliefs that cause them to behavedifferently.

In other words, wealth is an inside job. If you operate through life with the same mindset that created your current financial circumstances, you will end up at the same destination.

The people who experience the most successful transformations in WealthyU really do make the shift from an income mindset to a wealth mindset.

One of the most effective ways I have found to describe this shift is by paraphrasing author, Kevin Cameron Smith.

People with a poverty mindset manage their finances from day to day.

People with a poor mindset think and manage their finances from week to week.

People with a middle-class mindset, think and manage their finances from month to month.

People with an affluent mindset think and manage their money from year to year.

People with a wealth mindset think and manage their money from generation to generation.

If you want something different, you have to think and manage your resources differently.

Do you want to determine if you have an income or a wealth mindset? Take the quiz.

Are You Giving From A Half-Empty Cup?

Are You Giving From A Half-Empty Cup?

The Real Toye Story:: From Zero Wealth To A Secure Retirement

The Real Toye Story:: From Zero Wealth To A Secure Retirement

She had recently reached out to discuss what she should do about a decision she had to make about her retirement.

Toye started in the WealthyU Coaching program a little over three years ago and I wanted to see what progress she had made.

I asked Toye, "How much did you begin with."

How much do you have in retirement savings now?

And here’s how YOU can follow in her footsteps..

The WealthyU Intensive can help you accelerate you financial growth and be the beginning of your Wealth coaching journey.

And SO much more!

Why Are Women LeavIng Millions On the Table?

Why Are Women LeavIng Millions On the Table?

How To Break Through To The Best You!

How To Break Through To The Best You!

What does it mean to have a breakthrough?

"An act or instance of moving through or beyond an obstacle. An instance of achieving success in a particular sphere or activity."

So a financial breakthrough means moving beyond your current obstacles to achieving success.

However, why do so many people struggle financially?

Do you know what I have learned after coaching hundreds of people?

It all starts with a decision.

Step1: First, you have to decide you want something different.

Step 3: See yourself being, doing and having what you desire.

Step 4: Next, you have to be brutally honest with yourself about what you need to change to attain financial success.

Step 5: Write down the steps that are needed to close the gap from where you are right now, to where you want to be.

I know what you are thinking?

I've done that before, and it didn't work.

Do you want to know why?

A lack of continuous effort with accountability and support from others.

Aretha Franklin's estate lost 28-million-dollars on the day of her death.

She died "intestate" or without a will.

What in the world was Re Re, as we native Detroiters fondly call her, thinking?

Sadly enough, more than 50 percent of Americans die without a will.

The good news is that the new tax law doubled the estate tax exemption which, was previously 5.6 million to 11. 2 million. However, the remainder of her estate, estimated to be 80 million dollars, will be taxed at 40 percent which is a whopping 28 million dollars.

Now I know you are probably thinking that you are out of the woods because your estate is well under the estate tax territory but there are other things to consider.

Don't you want to have some control over who and when someone receives your assets upon your death?

You must make sure that the recipient of your lifetime savings will be a good steward. I recently heard the story of how two parents died unexpectedly without a will and the proceeds of their life insurance was given to their 22-year-old child who immediately went and purchased a brand new Mercedes Benz.

You may not be a multi-millionaire but you darn well better make sure that your years of labor can be handled responsibly and with R-E-S-P-E-C-T.

I sure wish Aretha had applied her lyrics to this aspect of her life. 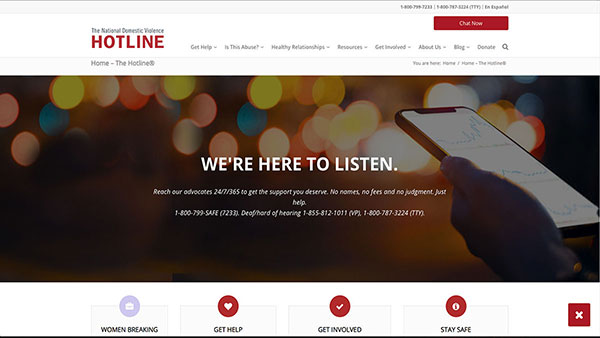 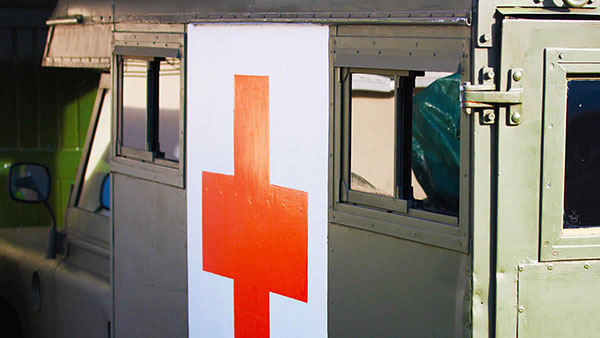 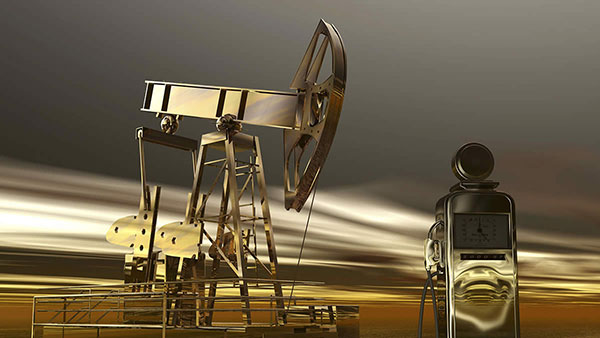 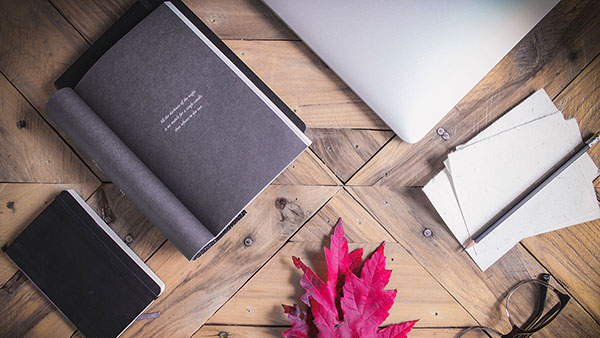 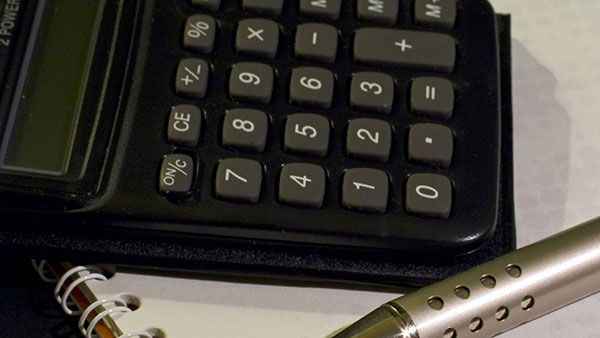 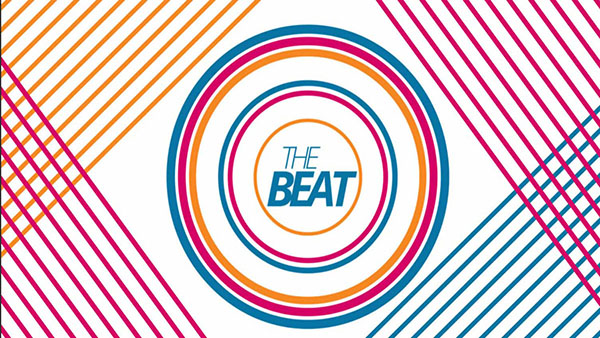 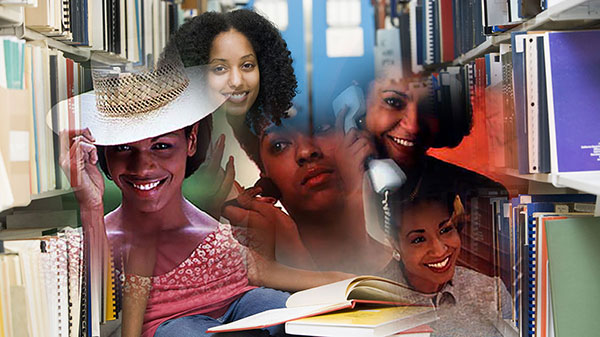 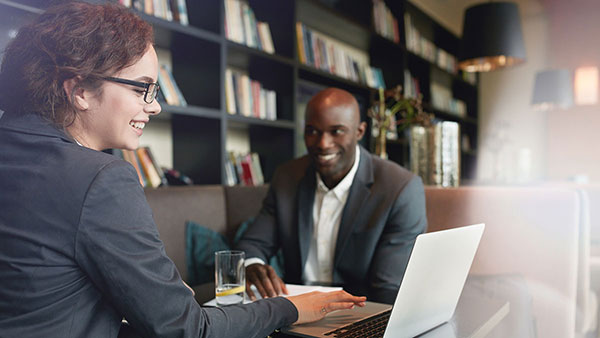